The Use of Drumming as Cure for Children with Post-Traumatic Stress Disorder (PTSD) by David Otieno Akombo, Ph.D.

Post-Traumatic Stress Disorder (PTSD) can be an extremely debilitating condition that can occur after exposure to a terrifying event in which grave physical harm occurred or was merely threatened. Traumatic events that can trigger PTSD include violent armed conflict like that of Somalia, Rwanda and Burundi, and Sudan. Others may include personal assaults such as rape or mugging, natural or human-caused disasters, accidents, or military combat such as the veterans who are serving in Iraq or those who served in Vietnam and the Gulf Wars; rescue workers involved in the aftermath of disasters of the World Trade Center, survivors of accidents, rape, physical and sexual abuse, and other crimes; immigrants fleeing violence in their countries; survivors of the 1998 Nairobi US Embassy Bombing among others.

Effective treatments have now been developed to help people with PTSD. Research is also helping more scientists to better understand the condition and how it affects both the brain and body. Different forms of music such as drumming are becoming an important therapeutic tool. Drumming exercises greatly reduce stress among Vietnam veterans and other victims of trauma, apparently by altering their brain-wave patterns. 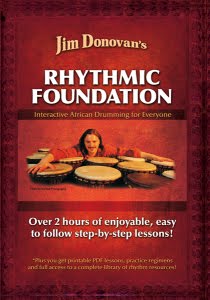